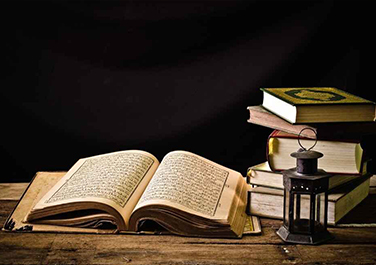 Tarteel means “recitation”, which in Arabic literally means  “slow, measured rhythmic tones”. Tarteel is the term used to define the rules that explain the method of reciting the Quran in the way and manner revealed to our Beloved Messenger (Sallahu Alaihi Wasallam) through the means of Jibreel (Alayhis Salaam). This Course is designed for those who are acquainted with the Tajveed rules and are able to read the Quran but not fluently and experience difficulty during its recitation can avail of this course. Our teachers will train the student with the practical implementation of all the Tajweed rules in the correct method thereby enabling the student to recite the Quran with proper and fluent Tajweed effortlessly InshaALLAH. Let’s Have Your Free Trial Class Today!

Are you looking to take an Aqidah essentials class online?  To be a Muslim is not just to pray, give alms, complete the pilgrimage, and fast during the Holy Month. It’s also about understanding the complexities of one’s faith, the role of Allah, His servants and messengers, and His plan for the world. These Islam beliefs make up the core of a Muslim’s Aqidah and help him or her live a life with a richer understanding of his or her purpose on Earth.

In this Islamic Aqidah essentials online course, students will learn the basics of Islam — including belief in Allah and Tawheed (monotheism), belief in the angels, belief in the holy book and prophets, belief in the resurrection, and belief in predestination. At the conclusion of the course, they will be able to understand the central philosophies of Islam and come to a deeper understanding of the pact that all Muslims have forged with Allah.

Tafseer of the Quran refers to the in-depth explanation of the verses of the Quran along with its intricate discussions regarding various topics.  It is much more than just mere translation. This course is specially designed for those who want to learn Tafseer (in-depth explanation of the Quran)  in the light of the various Quranic verses, Ahadith (prophetic sayings) of Nabi Muhammad (sallahu alaihi wasallam), as well as the reports and sayings of the Sahabah and Tabieen. Eligibility: Capable of reading the Quran with Tajweed.

Do you want to learn more about Quranic Arabic grammar? If you’re comparing Arabic grammar courses online, IQRA offers highly experienced Azhar scholars who will teach you the grammatical constructs of the Arabic language to help you develop an in-depth understanding of how to construct sentences and the exact rules behind applying motions. Upon completion, students will have a superior mastery of the Arabic language and the ability to converse with Arabic speakers as well as gain a more thorough understanding of religious and historical texts.

WhatsApp Chat is free, download and try it now here!